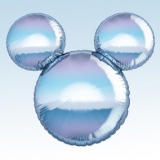 It's time to get back to your childhoods dreams and make them true!
At only 30mn' of the city center of Paris you can spend a wonderful day in the Disneyland parks!

It's time to dream like a child by seeing Mickey Mouse, Goofy, Pluto and all the Disney characters in the parade.

And that's also time to get crazy and have fun with the roller coasters of Disneyland Paris.

Like the Disneyworld concept, Disneyland Paris is divided in several parks:

In the original Disneyland park, you will discover what made the success of Disneyland.
The amazing ornament in the attractions and in the parades with the characters of Disney will bring you back to the Disney Movies of your childhood!

The Original Disneyland Park is divided into 5 thematic:

Apart from the main attractions you have many ornamented places to admire in the two Disneyland parks.
There is also scheduled shows at different spot of the Disneyland Park and Walt Disney Studios Park. Those parades are schedule all day long at several hours.
Think to take the show schedule at the entrance of Disneyland park!

Take at least one day to two days to Discover the Two Disneyland Paris Parks. Tickets are available on disneylandparis.com

Have a great day in Disneyland!

The Disney Village entrance is free of charge.
Disney Village is a nice place if you want to chill out during the afternoon of a sunny day.

In the Disney Village you will find plenty of Disney Shops with amazing ornaments where you can buy Disney products and costumes.

You can also go to the Disney Village for the restaurants or to watch a movie in the theater.

The Disney Village is also a great place to chill during an afternoon around the lake or to do some paddle boat.

Have a good time in the Disney Village!

A sample of Disneyland Paris:

N.B: In several periods of the year like for Halloween and Christmas, Disneyland Paris change its parks decorations and develop special parade! Check disneylandparis.com